Sole Puerto Takes A Step Up At Bulldog 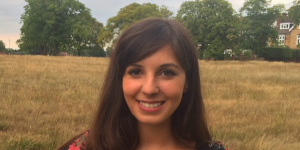 Bulldog Licensing has announced that Sole Puerto has been promoted to the position of Creative Services Manager.

Sole has been promoted from her role as Creative Services Executive, a position she held for nearly two years. During that time she has helped Bulldog to build on its status as one of the industry’s leading licensing agencies, with a strong and diverse portfolio of properties, such as Shopkins, Plants vs. Zombies, Garfield, Shoot and Yo-kai Watch.

“I’m very excited about going up a level and focusing on the challenges and demands of this new role,” comments Sole.

Adds Bulldog MD Rob Corney: “Sole has more than proved her worth since joining Bulldog and now is the time to broaden her role and responsibilities. The position of Creative Services Manager will allow her to use her insight, experience and focus to further develop all our properties and drive future success for the company and our clients.”