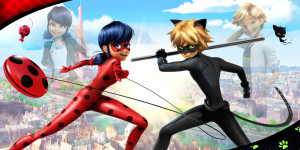 Miraculous has been attracting legions of fans through an action-packed story that centres on Marinette and Adrien – who have been given the ability to transform into superheroes, Ladybug & Cat Noir. As the chosen ones, they must work together to protect Paris from the evil doings of Hawk Moth and his newly transformed “friendly” villains found in each episode.

The series launched on the Disney Channel in the UK over the last year and is the broadcaster’s No. 1 show. Disney has also snapped up series 2, which will screen later this year whilst free to air broadcaster Pop grabbed the UK rights to the show. Debuting in February 2017, the show jumped right to the top of the channel’s ratings charts, pulling in audiences a massive 45% above the channel average.

The addition of the new licensees adds to a strong existing programme. Other partners include Maad Toys (bags and purses), Rubies (dress-up), Gemma International (greetings cards and gift packaging), Aykroyds/TDP (nightwear and underwear), Whitehouse Leisure (amusement plush), and Dreamtex for a varied range that includes duvet covers, curtains and fleece blankets and Bandai as the master toy partner.

“This new activity shows the strength of Miraculous,” says Bulldog Licensing MD Rob Corney. “We’ve now got a large programme in place, across multiple categories, and with the show performing so well on TV there is a huge amount of interest in this brand!”