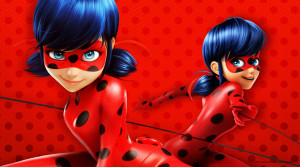 Recent viewing figures show Miraculous™ Tales of Ladybug & Cat Noir occupying five of the most popular slots broadcast on the Disney Channel. On Pop, where the show is simulcast, it is also topping the charts, and alongside Zak Storm™ Super Pirate, ZAG shows account for seven of the top slots!

This popularity is translating into licensing success. Miraculous has enjoyed a successful toy launch through Bandai and a full licensing programme is in place, through partners such as Maad Toys (bags and purses), Rubies (dress-up), Gemma International (greetings cards and gift packaging), Aykroyds/TDP (nightwear and underwear) and Whitehouse Leisure (amusement plush). First phase licensed products will hit shelves in autumn/winter this year, with full cross-category roll out planned for spring/summer 2018. Zak Storm seems certain to be just as successful, thanks to huge interest from licensees.

Miraculous™ Tales of Ladybug & Cat Noir centres on Marinette and Adrien – who have been given the ability to transform into superheroes, Ladybug & Cat Noir. As the chosen ones, they must work together to protect Paris from the evil doings of Hawk Moth and his newly transformed “friendly” villains found in each episode.

Zak Storm™ Super Pirate features the eponymous Zak, a fearless teen surfer who finds himself sucked into the Bermuda Triangle. Here, he transforms into a Super Pirate and, with help from Calabrass – his trusty magic sword – and a motley crew of friends, he must face and defeat the many perils of the seven seas.

“ZAG have done an absolutely fantastic job with both these shows,” says Bulldog Licensing MD Rob Corney. “Kids love them and their popularity just keeps on growing, which is why we’re dealing with so much interest from the licensing community. The sky’s the limit for these two!” 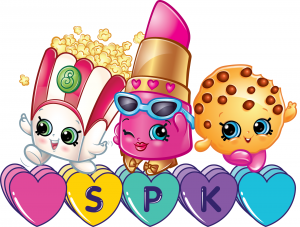 Shopkins is the No. 1 brand in both the stationery and lunchware and lighting categories, as well as no. 2 in baked goods, no. 3 in trading cards and stickers and no. 3 in primary-age girls’ magazines.

There are plenty more stats that reveal the enormous appeal of this huge brand:

According to NPD figures, the Shopkins franchise is on fire! Shopkins is the No. 1 girls’ brand in the toy market – £16.2 million above its nearest rival – and is growing fast. Shoppies Dolls is the No. 1 Fashion Doll in the market by value (with an increase of over 25% vs the same time in 2016), whilst the Shopkins sub-brand – Happy Places – is bigger than any other non-Shopkins collectible on the market

Shopkins continues the stronghold in the digital space with the Shopkins app tipping over 20 million downloads internationally. Shopkins webisodes are released biweekly and now feature the Shoppies. The Shoppies have now released 4 chart topping hits that have accumulated over 11 million views across Youtube.