Park Agencies Links Up With LIFE 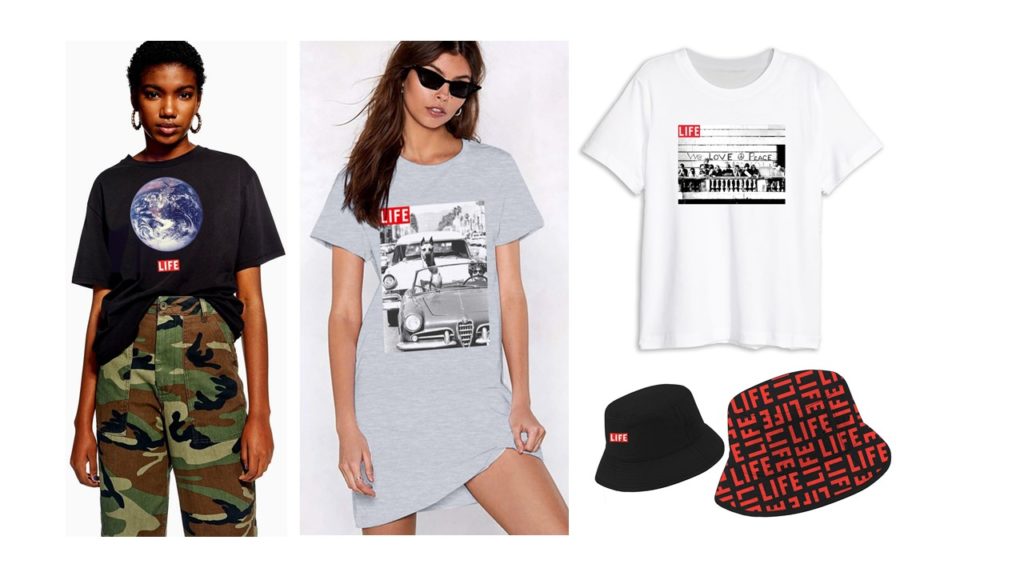 Bulldog Licensing has added to the licensing programme for the LIFE brand, with Park Agencies signing a new deal to produce apparel.

LIFE is an exceptional brand that combines the instantly recognisable LIFE logo – made famous by the legendary LIFE magazine – with pictures from the treasured photographic library.  LIFE magazine photojournalists captured some of the 20th century’s most defining events, celebrities, historic figures, and nature.

The new agreement will see Park Agencies tap into this rich resource of imagery to produce an apparel and nightwear range for both children and adults.

“LIFE is an extraordinary and versatile brand.  The vast range of incredible imagery and iconic logo lends itself perfectly to licensing,” says Lindsey Chester, Retail Licensing Manager at Bulldog Licensing. “It’s great to have Park Agencies on board and I’m excited to see them develop a stunning range of LIFE apparel.”

Bullseye is one of Britain’s most popular ever gameshows. Presented by comedian Jim Bowen, it drew in massive audiences through an irresistible mixture of darts and general knowledge questions. Catchphrases such as ‘You can’t beat a bit of Bully’ and ‘Super, smashing, great!’ are now part of the national lexicon. The show ran over the entire ITV network from 1981 to 1995 and regularly pulled in 13 million viewers per episode, with a peak audience of 19.8 million on Boxing Day 1989. ITV has since featured the show in two high rating one-off specials and the show is still on air through digital channel Challenge, which broadcasts Bullseye every single evening, often pulling in audiences over 200,000.

”Bullseye is a brand that has transcended its original format to become a much loved part of British culture, so even people who weren’t born in its heyday know the name and the catchphrases,” says Bulldog MD Rob Corney. “This massive brand recognition is translating into a big and growing licensing programme that shows no sign of stopping.”