It’s sold over 12,500 dolls in just six weeks since launch and the YouTube channel has had over 36 million views to date globally, with the UK being the second largest territory for channel views. Kindi Kids has been named a top toy for Christmas by Argos, and recently received Editor’s Choice and Silver awards from MadeForMums, propelling it to new heights during the key Q4 selling period.

With such an impressive start to life in the toy aisles, it’s no surprise that Bulldog Licensing, who manages the licensing programme for the brand in the UK, received an overwhelmingly positive response to the brand at Brand Licensing Europe last month. And as the Moose Toys preschool doll collection goes from strength to strength, the Bulldog team is looking forward to the consumer products programme following a similar trajectory.

Vicky Hill, Licensing Director, Bulldog Licensing, comments: “Kindi Kids has got off to a flying start in the UK and the sales are phenomenal even at this early stage. With such a strong consumer appetite for the brand, there’s no doubt that the new kid on the preschool block will form the foundation for a hugely successful licensing programme, and we’re excited to discuss this further with licensees from a range of categories on the back of BLE.”

The Kindi Kids are quirky and colourful bobblehead dolls with magical accessories that move and come alive, sparking imaginative play, whilst guiding young children on their journey to kindergarten. Bringing a fresh and innovative spin on traditional doll play there is an extensive marketing campaign planned for the run-up to Christmas, in order to grow the brand and keep the dolls at the top of Christmas wish lists.

The 360-marketing programme includes a TVC campaign, which ran throughout October half term and continued until the beginning of November, coinciding with the launch of the Argos Christmas Gift Guide, which featured the popular dolls. Cinema ads will be running from the end of November through December.

YouTube activity is key for the brand and a pre-roll for webisodes continues to drive awareness. A parent-focused campaign will feature new content on a variety of news and lifestyle sites, with Netmums doing a homepage takeover, that will feature a buy now click through.

An extensive Kindi Kids influencer campaign is planned with pre-school activity packs, giveaways, and an influencer partnership that will push out tailored content to over 1.5 million followers.

Vicky continues: “The marketing support for the toy range for the launch and throughout Q4 is incredible and is certain to continue the brand’s early success. Announcements concerning major categories including apparel, accessories and home will be coming soon”. 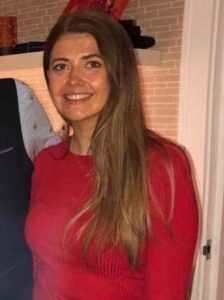 Ellie will be providing product approval support for all licensees and will be helping to create seamless communications throughout product development. She will also be assisting in creating mood boards and retail mockups as well as visuals and marketing materials, while ensuring assets are organised and delivered to licensees.

Having graduated from De Montfort University in 2018 with a first class honours in Contour Fashion, Ellie has since been working as a junior designer at a swimwear design agency, before joining Bulldog.

Sole Puerto, Senior Creative Manager at Bulldog comments: “We’re thrilled to welcome Ellie on board. She has a strong background in design, and we’re sure she will provide an invaluable service to all of our clients, helping to further streamline the approvals process.”

Ellie continues: “I’m really excited to start working with the Bulldog team. They have an array of world class brands with impressive licensing programmes and I’m looking forward to helping to facilitate the development of innovative new products.”

Rob Corney, Bulldog Licensing MD commented, “The Bulldog team continues to grow with great expertise and passion for the industry. In a market which is seeing a heightened number of challenges, we believe it is important to increase the support we can offer to licensees and retailers. Our ‘retail first’ approach has always set us apart in the European agency model and building the support services with additional design resources will further enhance our ability to help our partners to grow their business with our brands.”