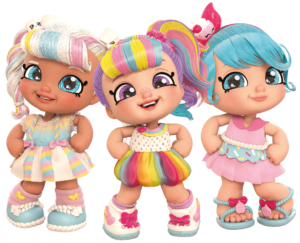 Also joining the Kindi Kids consumer products portfolio is Texco with a range of bedding and home textiles to include duvet sets, curtains, bean bags, towels, cushions and fleece blankets, using images of these adorable preschool characters along with scenes from the YouTube original content.

Bulldog Licensing, who manage the UK licensing rights for Kindi Kids have been overwhelmed by the positive reaction to the brand in the UK, from both retail and licensees, and are now building a portfolio of carefully selected partners across all categories.

Vicky Hill, Brand Manager, Bulldog Licensing, comments: “We are delighted to welcome Texco and Little Brother Books to the exciting Kindi Kids programme. The brand is surpassing all expectations and there is an enormous amount of activity planned to keep the preschool audience engaged.

“ Kindi Kids is the No.1 large doll brand in the UK and with a fantastic, expanded range on the market for AW20 we are seeing phenomenal sales. Consumer demand for licensed product is huge and we are excited to launch the new ranges to retail.” 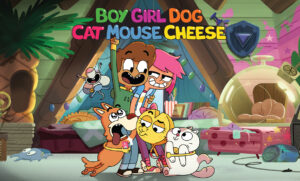 The new show is aimed at 6- to 12 year-olds and focuses on a blended family, making it hugely relatable for children today. The narrative is all about people from different families overcoming their differences and learning to live together under one roof.

Season 1 of the show currently airs daily on CBBC and BBC iPlayer, enjoying great success to date. BOY GIRL DOG CAT MOUSE CHEESE has been a top performer for the channel’s linear broadcast and on its i-player since its launch in November 2019 and has consistently been on the top-5 kids shows’ list. The popularity of the initial episodes led to season 2 being commissioned and ordered by BBC.

Leading European agency, Bulldog Licensing, will be creating a licensing programme for the quirky show, and are discussing the property with potential partners across children’s apparel, accessories, publishing, puzzles and games, stationery and homewares, among others.

Sophie Yates, Licensing Executive, Bulldog Licensing, says: “BOY GIRL DOG CAT MOUSE CHEESE is really relevant to today’s children and tweens, and approaches the subject of blended families with humour and fun throughout. The unique, recognisable characters and animation provides brilliant style guides for licensees to work with for new product development. The show has been incredibly well received and is set to grow in popularity as the forthcoming series launches.”

Roubina Tchoboian, Vice-President of International Licensing at Cloudco Entertainment, added: “Bulldog has built extremely successful licensing programmes for our properties thus far, and we look forward to seeing the key themes of BOY GIRL DOG CAT MOUSE CHEESE come to life through what we’re confident will be a successful range of licensing partnerships.”