Bulldog Licensing, the leading European agency which manages the rights for the iconic gameshow Bullseye, has signed a deal with Sabec. The developer will be creating a range of digital games for download on the Nintendo Switch and Playstation consoles, based on the much-loved British gameshow.

A leader in its field, Sabec develops games both for licensed brands and for its own IP. The developer has worked with leading licensors such as Hasbro, MTV and Wiley Publishing, and is an approved Nintendo, Playstation, Microsoft X-Box, Apple, Roku, Samsung, Oculus and Google developer.

First airing in 1981, Bullseye reached a peak audience of 19.8 million on Boxing Day 1989. Celebrating its 40th anniversary this year, the brand continues to hold a place in the hearts of the British public. When Sky Challenge relaunched Bullseye in 2006, it quickly became the channel’s top rating show.

Bulldog Licensing’s consumer products programme for the brand features an internet scratch card game from Camelot, and a spot on Cosmic Concept’s pub quizzes. The agency has been working closely with licensees to create strong collections of apparel and leisurewear, toys and games, and housewares.

“Bullseye is the perfect fit for digital gaming,” explains Rob Corney, MD, Bulldog Licensing. “The show’s format is loved nationwide and is a firm family favourite, so we’re thrilled to have Sabec on board to bring the experience into people’s homes with innovative gaming concepts.”

Trudi Hayward, Co-founder of BRAND-WARD Services Ltd, who brokered the deal, speaking on behalf of Sabec, said that Bullseye is a perfect fit for Sabec and console games, because darts is becoming increasingly more popular. Bullseye has such heritage in the UK, we know the game will be a sure fire hit, not just the fans that remember Bullseye but the younger generation who enjoy darts too.

Iconospheric and Assured Products on board for the classic US property 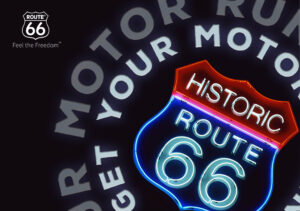 Bulldog Licensing, which manages the rights for ROUTE 66 in the UK and Eire, has secured two new licensing partners to build the brand’s presence in the market.

Iconospheric has signed up to create a collection of print on demand wall art, apparel and accessories, home décor, gifting, and stationery based on the instantly recognisable property. The licensee has already launched a range of wall art and will be following with new products later this year.

Meanwhile, Assured Products is on board for car care products, including cleaners, polishers, screen wash and de-icers; engine oils; bike and motorbike care products and gifting lines, including body and hand washes and shampoo, providing a range with great synergy with ROUTE 66.

ROUTE 66 is a US lifestyle property boasting a large number of licensees, with more than 750 products, available in over 100 countries. The property has experienced a strong start to its UK fashion launch with  Brand Alliance , and Bulldog is now extending the licensing campaign with partners in ancillary categories for the legendary highway which once linked Chicago to the American West.

Although relatively new to the UK market, ROUTE 66 is already recognised around the world, and offers licensing partners a wealth of resources. Designs include over 360 original, iconic artworks and more than 125 photos under the ROUTE 66 style guide, giving the vintage, adventurous feel that the brand inspires.

Rob Corney, MD, Bulldog Licensing, comments: “Iconospheric and Assured Products are perfect partners for the ROUTE 66 brand and we’re really excited to see the products they create as leaders in their respective fields. The ROUTE 66 brand has a huge appeal across generations as a symbol of freedom and adventure, which is particularly poignant at this time.

“ROUTE 66 is established throughout a wide range of territories and is already a €30 million retail brand. We are looking forward to extending that success in the UK market.” 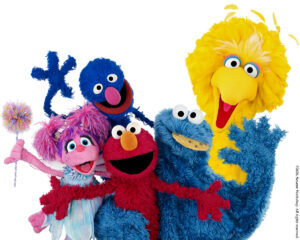 “There is a huge demand for retro brands among consumers, and consequently retail at the moment. During times of uncertainty, families naturally gravitate towards the tried and true, characters who can bring comfort and joy. Sesame Street has always been a multigenerational favourite. With Sesame Street’s brand values and brilliant production quality, we look forward to seeing the new range from Texco which will hit the market next year”, says Rob Corney, MD, Bulldog Licensing.

Sesame Street programming airs on leading commercial preschool broadcaster Tiny Pop. Cookie Monster’s Foodie Truck launched in 2018, and the channel has since complemented the show with Elmo’s World, which debuted in January 2020, before Cookie’s Crumby Pictures and Super Grover 2.0 joined the portfolio this autumn.