Bulldog secures deals with Somerbond for the evergreen children’s property 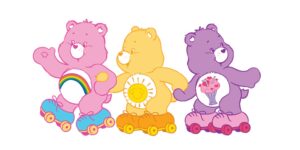 Leading European agency, Bulldog Licensing, has announced a new licensing partner for CloudCo’s heritage children’s animation, Care Bears. Somerbond is on board to create a range of ladies nightwear.

The children’s programme is underpinned by strong ratings for the Unlock the Magic show, airing on Pop. This content will soon be bolstered by new music videos being released by digital partner, Moonbug.

The new licensees join a robust licensing programme, including a newly launched range from Master Toy partner, Basic Fun, which has seen a strong launch in the UK, along with a number of other best in class licensees including Dennicci, Bioworld and Park Agencies.

Rob Corney, MD, Bulldog Licensing, commented: “Care Bears may be nearly 40 years old, but it remains as popular as ever among generations of fans. The original fans are still embracing the brand and we’re looking forward to adding new lines with these two new partners to expand the offering for them.”