You can't beat a bit of bully

One of the most popular gameshows ever to air in the UK, Bullseye brings together general knowledge with the power of the tungsten. Peaking at 19.8m viewers in its Boxing Day broadcast on ITV in 1989, the show has a strong following throughout the UK and is synonymous with fun, celebrity players (including George Best, Nigel Mansell and Chris Tarrant) and of course those catchphrases such as ‘Bully’s special prize’, and ‘nothing in this game for two in a bed’.

When Sky Challenge relaunched Bullseye in 2006 with 30 new episodes, it immediately became their top-rating show. Driving a 200% increase in slot average, Bullseye’s average rating is 63% higher than Challenge’s next highest-rating show.

Consumers can win with Bully on Camelot’s Bullseye internet scratchcard game, play the original on Island Wall’s mobile app and even enjoy it in the pub on Cosmic Concept’s pub quizzes.

Bulldog Licensing have been working closely with licensees to create strong collections of apparel and leisurewear, toys and games, and housewares. 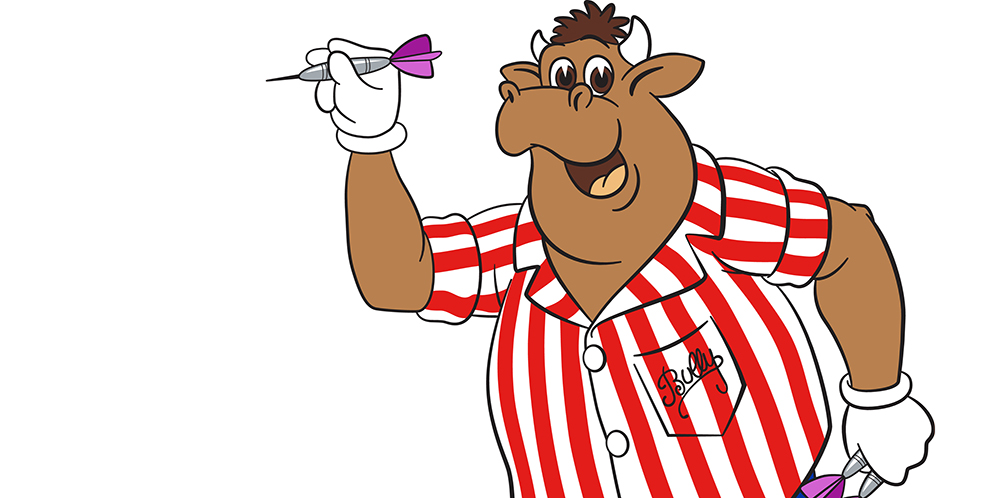