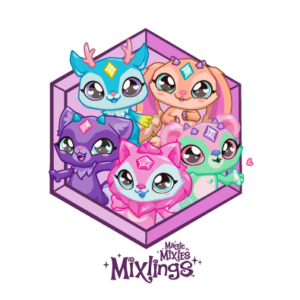 Bulldog Licensing, one of the licensing industry’s leading agencies, has announced two new licenses for Moose Toys’ Magic Mixies, the brand inspired by the award-winning Magic Mixies Magic Cauldron. Magic Mixies captured the imagination of children all over the world when the Magic Mixies Cauldron launched for Christmas 2021. Instantly becoming the hottest toy of the season, it appeared across Top Toy Christmas lists including Dream Toys, and garnered huge press coverage with stock selling through as soon as it hit shelves.

The brand has grown in 2022 with the launch of Magic Mixies webisodes on YouTube, introducing fans to the magical world of Mixia – where Magic Mixies live alongside other magical creatures, the Mixlings. Mixlings collectables launched in May with instant success, and the Magic Mixies Mixlings Magic Castle Playset has just been announced on this year’s Dream Toys list. It also won Creative Toy of the Year 2022 at The Toy Foundation’s Toy of the Year Awards. The brand was the No.3 new property in the market in September. In addition, the follow up to the Magic Mixies Cauldron, the Magic Mixies Crystal Ball, launched on 1st October and immediately made it to the No.3 toy in the market for the month (NPD Oct 22) Supporting the huge success of Magic Mixies so far, the brand is underpinned by a heavyweight marketing campaign from Moose including TV, digital (including YouTube pre-roll), animated pre-roll, influencer campaigns, interactive AR app filters, print and online.

To drive the ongoing success of Magic Mixies, Kokomo – a market leader in the UK healthy and beauty market – is planning bath, body, dental and gifting lines under the Magic Mixies licensing banner. Additionally, RJ Bags – a manufacturer of a wide range of bags and accessories – will make a line of bags, backpacks and umbrellas with some of the most popular characters from the Magic Mixies YouTube Series.

Neil Shinner, CEO, Moose Toys Europe, added: “Magic Mixies sales have far outstripped our early estimates and continue to set records. With the arrival of Magic Mixies-inspired consumer products from RJ Bags and Kokomo, it’s clear that Magic Mixies is already well on the way to being the next mega franchise to launch from a hit .”