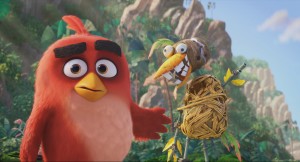 Angry Birds, the mobile game seeing players slingshot furious fowl at squads of enemy pigs, is a global phenomenon and the most downloaded mobile game of all time. The franchise has also branched out into consumer products and animation, and The Angry Birds Movie, released this May, is a major summer tent pole comedy produced by Rovio Entertainment and distributed globally by Sony Pictures International.

From the original mobile release in 2009 to the recent launch of Angry Birds 2, the various games in the franchise have been downloaded more than three billion times in total. With 91% brand awareness, Angry Birds is now a massive global brand with a reach across the generations

With the release of The Angry Birds Movie – described as a ‘game changer’ by License Global – and several exciting additions to the games portfolio coming soon, these birds with a volatile temper are well on their way to cementing their status as an evergreen entertainment brand.

The new licensees are Poeticgem for adult apparel and Smith and Brooks on kids clothing, Sambro for bags, stationery and pocket money items, and Ravensburger for jigsaw puzzles.

“All our new Angry Birds partners are buying into a huge brand that’s a genuine household name,” says Bulldog Group Managing Director, Rob Corney. “The movie looks truly phenomenal with massive support from Sony and a huge amount of promotional activity. This, coupled with the incredible content roadmap from Rovio is a real treat to work with so I’m sure we’ll be announcing on more deals very soon.”