During the 80s and 90s, Bullseye was a TV juggernaut. Presented by comedian Jim Bowen, it drew in massive audiences through an irresistible mixture of darts and general knowledge questions. Each week amateur darts players would battle it out for a selection of prizes, including Bully’s special prize, and some of the biggest names in professional darts would throw for charity. The show ran over the entire ITV network from 1981 to 1995 and regularly pulled in 13 million viewers per episode, with a peak audience of 19.8 million on Boxing Day 1989. ITV has since featured the show in two high rating one-off specials and the show is still on air through digital channel Challenge, which broadcasts Bullseye every single evening, often pulling in audiences over 200,000.

The new deals will see C&M Licensing produce nightwear and socks, whilst The Hut Group is on board for T-shirts, hoodies, mugs, phone cases, prints and sweatshirts.

This adds to an existing programme that includes Bullseye-branded biltong, an online slots game from leading specialist Microgaming and a Bullseye quiz book – complete with magnetic dartboard and toy darts

”Bullseye is one of those brands with huge retro quality – the show was unique, and very entertaining, so everyone remembers it,” says Bulldog MD Rob Corney. “There’s massive brand–recognition and millions are ready for a ‘bit of Bully’, so I expect both these ranges to perform very well at retail.” 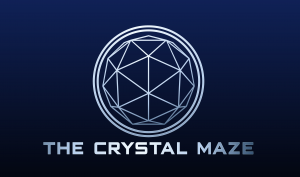 Cult classic The Crystal Maze continues to pull in partners, with Imagine8 the latest licensee to join the programme for the revamped game show.

The Crystal Maze originally aired on Channel 4 from 1990 to 1995, achieving iconic status by pitting teams of contestants against the fiendishly difficult puzzles of the Maze. After a hugely successful Stand Up To Cancer celebrity special in 2016, the show has made a full return to Channel 4 and is now the channel’s #1 entertainment show.

Hosted by Maze Master Richard Ayoade, the new series sees teams face a new range of challenges as they attempt to navigate the Aztec, Medieval, Industrial and Future zones to win crystals that equate to time in the final challenge – the Crystal Dome.

Imagine8 has signed to do FSDUs with a range of Crystal Maze-branded products, which adds to a burgeoning programme. Licensing agent Bulldog has also signed up Poetic Brands for an adult apparel range that’s launching this month, as well as Rascals (games and puzzles) and The Hut (mugs, notebooks, coasters, cushions and pillows). In addition, recent ads for PayPal and Specsavers have both featured the brand, whilst the Co-op has been using the theme song.

The huge success of the TV show’s relaunch follows in the steps of the sell-out successes of The Crystal Maze LIVE Experiences, real life opportunities for members of the public to play recreations of The Crystal Maze in either London or Manchester. The experiences are sold out months in advance.

“The Crystal Maze is back with a bang and licensees are keen to capitalise on its popularity,” says Bulldog MD Rob Corney. “There’s a big buzz surrounding this property and I’m sure we’ll be making further announcements soon.”