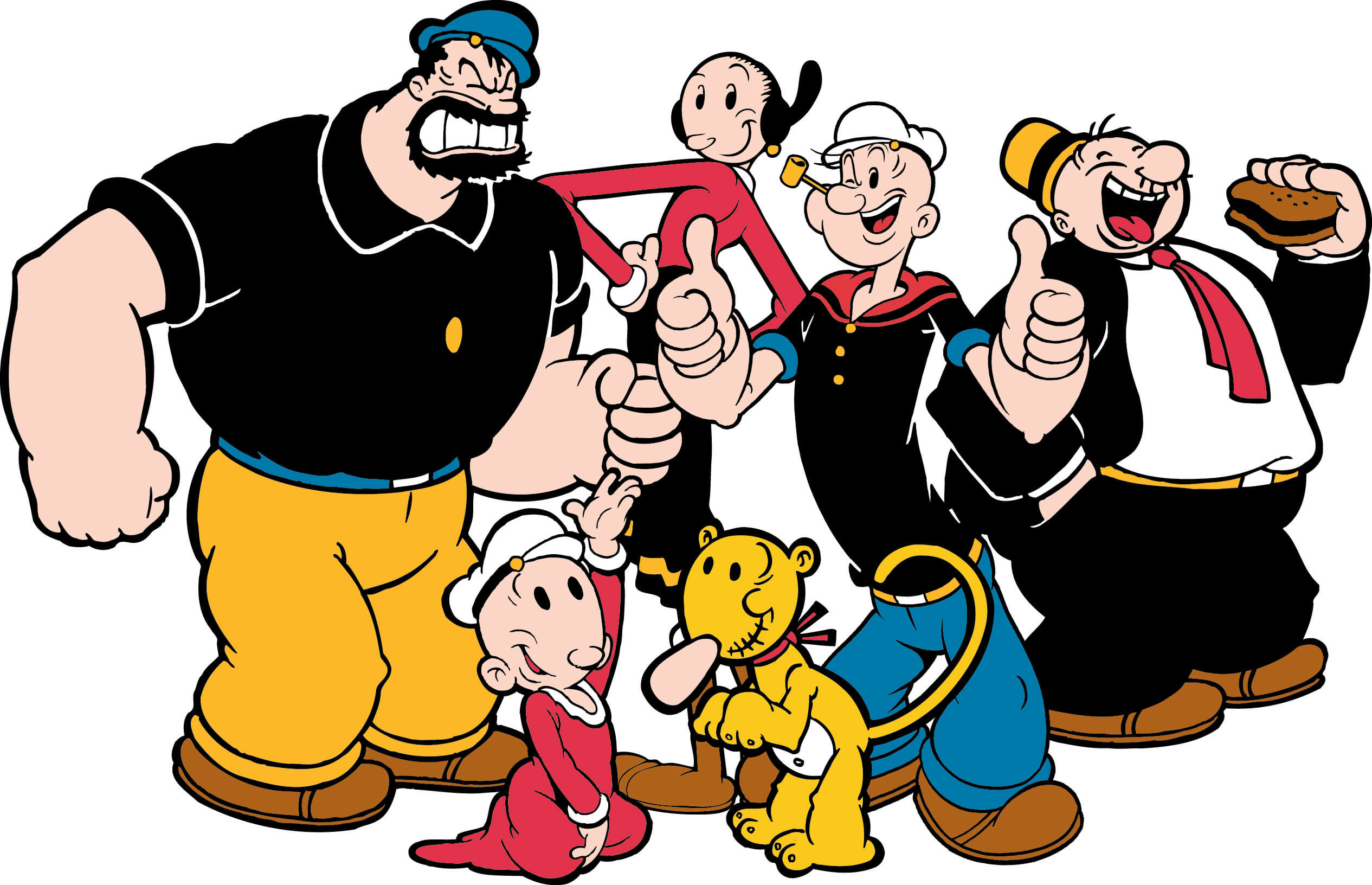 The original Sailor Man, his wife Olive Oyl and their friends are set to become the stars of a range of new consumer products spanning a variety of categories including health and beauty, craft materials, and gaming products, thanks to three new partnerships brokered by Bulldog Licensing, which manages the rights for the Popeye brand in the UK and Eire.

Popeye and co will also be making an appearance in digital games for download on the Nintendo Switch and Playstation consoles in a deal with Sabec.

Having reached the grand old age of 90, Popeye remains a popular brand in the UK and the world, with a social presence of 9.8 million fans. The TV show is broadcasted on Pluto TV (Theatrical Cartoons, YouTube Shorts, additional Popeye Cartoons).

The latest deal joins an expanding licensing programme, including recent deals with Fred and Ginger for pet products, Ecell and Ideal Home Shopping for tech accessories and crafting lines respectively. Additionally, both Fashion UK and Bro Global have renewed their deals for the iconic character.

Bulldog scores a double for Bullseye 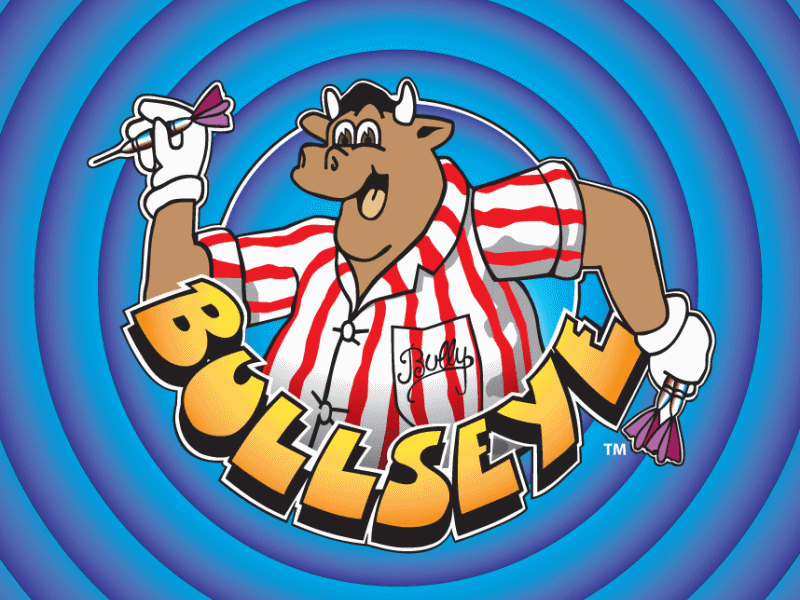 The consumer products offering for heritage British brand, Bullseye, who is celebrating its 40th anniversary, has been boosted with the addition of two new licensees.

Meanwhile, Lotto Studios will be launching a subscription-based Bullseye prize draw, a scratchcard website and a web app for the property.

Bullseye first aired on ITV in September 1981 and hit a peak of 19.8m viewers on its Boxing Day broadcast in 1989. The show was then relaunched by Sky Challenge in 2006, immediately becoming its top-rating show and it still airs on the channel today. Most recently, it has featured in Alan Carr’s Epic Gameshow. Bullseye has a strong following throughout the UK and is synonymous with fun… After all, you can’t beat a bit of Bully.

Sophie Yates, Licensing Executive at Bulldog Licensing, commented: “These two new partners have a great synergy with the Bullseye brand and work with the fun elements of the game show which are so well-loved both in the UK and worldwide. Bullseye is part of the UK’s entertainment fabric and it’s great to be able to work with leading licensees to reinvent the format for new generations.”

New home and gift ranges incoming for THAT’S NOT MY®, from bestselling Children’s publisher, Usborne publishing.

With over 64 titles in its library, and more than 25 million books sold worldwide over its 23-year history, it’s easy to see why THAT’S NOT MY® is an attractive prospect for licensees. In 2020, the brand was second to Peppa Pig in sales ranking for Children’s pre school book brands and overall the brand was ranked 7th in Children’s book brands. THAT’S NOT MY® also appeared in the charts 25 times of the 36 weeks that Usborne had EPOS data last year

Bulldog Licensing is growing an award-winning consumer products line-up for the heritage property and has recently expanded its programme with two new partners.

Firstly, Icon Wall Stickers is on board to create a collection of wall stickers based on the bright, colourful and instantly recognisable characters from the books, allowing families to bring their favourite titles to life in nurseries and children’s bedrooms.

Home and giftware manufacturer, Widdop, has also signed up to partner with the popular publishing property and launched its first range this month, which includes a melamine dinner set, cushions, money boxes, wall clocks and an art frame. The company will be rolling out a Christmas range in AW21, using the seasonal titles such as That’s not my elf and That’s not my snowman for inspiration.

Since 1998, Author Fiona Watt and Illustrator Rachel Wells have created 64 titles including Easter and Christmas titles in the touchy feely series. The books are designed to foster sensory awareness and language development in babies and toddlers and have become an intrinsic part of childhood in families throughout the world.

Sole Slater, Senior Creative Manager at Bulldog Licensing, which manages the rights for the brand in the UK and Eire, commented: “That’s not my…has become one of the most popular baby gifting products in the UK, so it makes total sense to create a range of gifting and homewares for the brand to extend that opportunity for retailers.

“The licensing programme consists of apparel, toys, games and puzzles and homewares and has gone from strength to strength, and we’re thrilled to have these two leading licensees on board to further grow the range.” 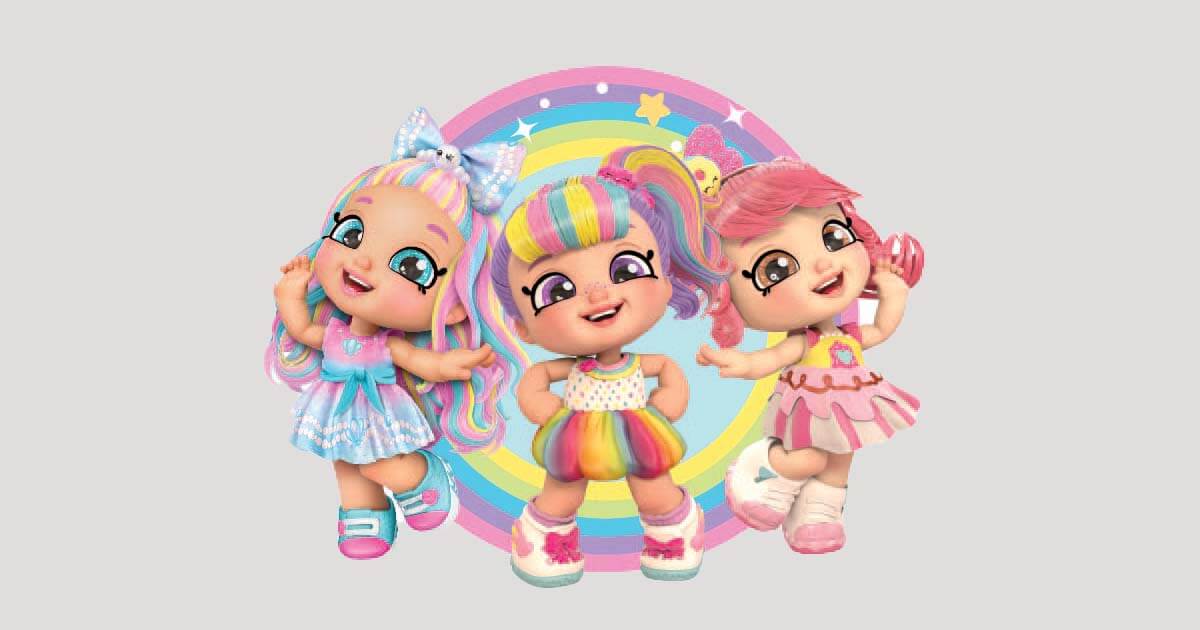 As part of its growing consumer products programme, Bulldog Licensing has signed DNC as partner for the hit preschool doll and YouTube hit, Kindi Kids.

The deal will see DNC creating a range of products based on the bobble-headed dolls, including lunch bags and coolers, drinkware, food storage boxes and tableware sets.

Since its launch in 2019, Moose Toys’ colourful and cute property has taken YouTube and the large doll market by storm. The YouTube channel now has over 59,000 subscribers and has racked up an enormous 97 million views. The doll range has consistently been the number 1 large doll item and property in the UK NPD and has earned a myriad of awards and places on Christmas toy lists from retailers.

DNC is proud to have been creating high quality, reusable housewares and insulated food and drink products for over 20 years. The company is known for its Polar Gear and Clic-tite brands as well as its Licensed lunchware ranges.

Bulldog Licensing, which manages the rights for Kindi Kids in the UK and Eire, has been building a consumer products range for the preschool property and has already signed up Blueprint for stationery, MV Sports for sporting goods, Kennedy Publishing for magazines and Texco for bedding and home textiles.

Vicky Miller, Licensing Director, Bulldog Licensing, commented: “The Kindi Kids brand is going from strength to strength in the UK and worldwide and the strong themes of discovery and friendship continue to strike a chord with the preschool market. We have a portfolio of best-in-class licensees on board and are excited to add DNC’s products to this offering.”