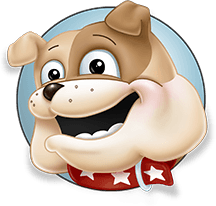 Underlining its strength across many different types of property for many different markets, Bulldog Licensing is presenting an exciting and diverse mixture of brands at stand D214 at this year’s Licensing Expo in Las Vegas.

Angry Birds began as a single hit mobile game and went on to become a hugely successful multi-title franchise, with over 4 billion downloads to date! Such success has led to a hit cartoon series, a hit box office movie and, of course, a major licensed property.

In fact the success of the mobile game series and The Angry Birds Movie has driven strong licensee engagement in the UK, with both the Angry Birds brand and its popular spin-off Hatchlings inspiring a number of licensing deals including Jazwares for toys, Poetic Brands and Smith and Brooks for apparel, Cooneen/Misirli for nightwear and underwear, Centum for publishing and Winning Moves for Top Trumps. The Angry Birds Movie 2 launches in autumn 2019, supported by an enormous marketing and promotional campaign, which will further boost awareness – and licensing prospects – for this massively popular property.

Care Bears is a pop-culture phenomenon that captures hearts and minds of kids and adults alike. Launched in 1982, the brand continues to reach new generations with the brand-new TV show “Care Bears: Unlock the Magic, which recently launched onto Tiny Pop. Known for their vibrant colours and emotionally-themed belly badges, Care Bears have become a popular trend in fashion. Bulldog’s UK Care Bear deals in the last year include an exclusive Valentine’s Day capsule apparel collection with TruffleShuffle designed by select Digital Influencers.

Match Attax is the best-selling sport trading card game series the world has ever seen and the UK’s No.1 children’s football brand. Over one million people – including nearly half of all boys in the UK – collect and swap Match Attax and close to a million are registered users of the brand’s online presence at Toppsfootball.com. Not surprisingly, this has already translated into a healthy licensing programme extending to publishing, bags, backpacks, stationery, table football, nightwear and underwear. With no sign of this brand’s phenomenal popularity slowing down, Bulldog is looking to translate the success of the brand into even more categories.

ZAG HEROEZ – Miraculous™ – Tales of Ladybug & Cat Noir is the smash-hit animated TV show from kid’s entertainment specialist ZAG. Already a top-ranked show in over 119 countries, it follows the adventures of Marinette and Adrien, who have been given the ability to transform into superheroes Ladybug & Cat Noir. In the UK, it is simulcast on both Disney Channel and Pop and receives strong ratings on both. The consumer products program covers multiple categories including toys, publishing, apparel, accessories, dress-up, stationery and homewares.

Moose Toys is a disruptor in the toy industry with global sensations including Shopkins and Mighty Beanz. The newest plush collectible from Moose Toys, Pikmi Pops, is represented by Bulldog in Europe. Pikmi Pops is a range of sweet-scented miniature plushies that come with surprises, packaged inside an iconic lollipop vessel. Pikmi Pops have become a big hit with their target market of girls aged 5 to 9, who love the quirky characters and the element of surprise when they unwrap each vessel. As do licensees, it seems: recent deals have seen Spearmark sign for housewares and lighting ranges, Blueprint for stationery and bags, Aykroyds/TDP for nightwear and swimwear, and Blues for leisurewear.

Moose Toys’ Shopkins is the hit collectable that has sold in excess of 1.5 billion figures since launch. Now on series 11, there are hundreds of the cute little characters to collect, including limited edition characters. Top-selling DVDs, webisodes on YouTube and Netflix, music, apps and brand extensions such as Lil’ Scerets are also flying off the shelves, supporting a wide-reaching licensing programme.

Treasure X, the latest collectible sensation from Moose Toys, combines elements that children love, including treasure hunting, collecting and great storytelling. The hyper un-boxing experience is supported by a multi-faceted marketing campaign, along with a strong content platform on YouTube that has already secured tens of millions of views. This strong reach has boosted licensing activity: Bulldog Licensing has recently secured three new agreements for Treasure X. The new deals will see Aykroyds/TDP come on board for nightwear, underwear and swimwear, Blues for daywear and outerwear, and Spearmark for housewares and lighting.

Sesame Street is one of the most iconic brands in the world, engaging fans of all ages while delivering on its mission to help kids everywhere grow smarter, stronger and kinder. In the UK, we have key broadcast support from Tiny Pop, which airs episodes of ‘Cookie Monster’s Foodie Truck’ daily. With Sambro on board as master plush partner, and very strong sales across soft lines for both adults and kids, Bulldog is looking to expand the licensing programme further across a number of categories, including toys, gifts, accessories, homewares and stationery. Sesame Street even made its debut on the catwalk during London Fashion Week (15 –19 February) with an amazing collection from designer JimmyPaul and licensed lifestyle products company Difuzed. The collection was inspired by the colourful, world of Sesame Street and its feathered and furry residents.

Published by Usborne and currently celebrating its 20th anniversary year, That’s not my… is the best-selling series of touchy-feely board books aimed at babies and pre-schoolers. Over 25 million copies have sold worldwide, with one That’s not my… book sold every minute in the UK. There are now over 50 titles to collect in the series. Each page features a different texture – bumpy, bobbly, furry, fuzzy and more – each designed to encourage sensory awareness and interactive play. That’s not my unicorn… – published as the special 50th title – is the highest-seller to date, and was the best-selling baby book of 2017.

Recent deals will see Ravensburger produce jigsaw puzzles and memory card games, while Dreamtex has signed for junior bedding, joining existing partners such as Dennicci with an award-winning baby apparel range and Rainbow Designs with baby and infant toys. Bulldog is currently in talks with several potential partners across a range of other categories.

The brand ROUTE 66 is based on the legendary highway that once linked Chicago to the American West. ROUTE 66 has since entered the global lexicon as a byword for adventure and a love of the open road, making the name instantly recognisable and giving the property huge appeal. ROUTE 66 is backed by a host of resources, a comprehensive 375-page Style Guide with theme-focused chapters (such as Bikes, Cars, Flags and other) that include about 400 original artworks and 54 high-res photos. Bulldog Licensing recently announced a major new deal with Brand Alliance for daywear and are looking to extend the licensing program in the categories of accessories, luggage, health & beauty, and gifts.

LIFE is an exceptional brand that combines the instantly recognisable LIFE logo – made famous by the legendary LIFE magazine – with pictures from the treasured photographic library.  LIFE magazine photojournalists captured some of the 20th century’s most defining events, celebrities, historic figures, and nature.  Bulldog is working with partners in apparel, stationery & wall art, and puzzles and currently in talks to extend the program into homewares.

In 1978, Garfield was born on the comic book pages, and quickly became the fastest growing comic strip of all time. After 40 years and counting, Garfield remains one of the world’s best-loved brands. The cartoon strip is read by over 200 million people daily in 80 different countries.  This feline icon has inspired a series of best-selling comic books, two animated television series, two feature-length live-action films, a musical and three CGI animated movies – as well as thousands of lines of licensed merchandise.   Bulldog is seeking licensing partners across gift, accessories and homewares to join the roster of partners in apparel, eyeware, pet care and collectors gifts.

Bulldog Licensing MD Rob Corney say. “This is a highly diversified list of properties, ranging from classics to modern hits across multiple mediums and formats, but with one thing in common: they are all leaders in their market segment and all have enormous licensing potential. We’re looking forward to meeting would-be licensing partners at stand D214 to tell them more.”